Screen shot of "inp simdata". Note that "chicken" is not a valid value for "selectdata", so it is shown in red. "mosaic" is a valid, but not the default, value for "imagermode" so it is displayed in blue. The parameter "imagermode", in grey, has been expanded based on the value "mosaic". 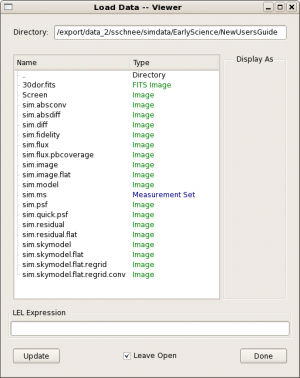 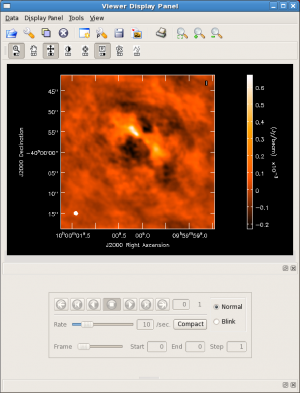