Difference between revisions of "Simalma (CASA 6.1.1)" 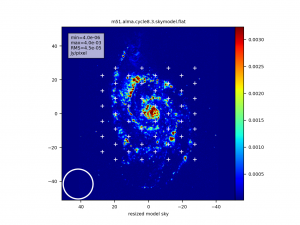 We will simulate observations using the main array in "configuration number 3" from Cycle 6. To that we will add the ACA cycle 6 array. This configuration affords ~0.5 arcsec resolution. Here is a list of configuration files available in CASA 6.1.

To cover all of the galaxy according to our rescaled pixel size, we will need a 1 arcmin mosaic, and we will let simalma calculate the pointings for us: 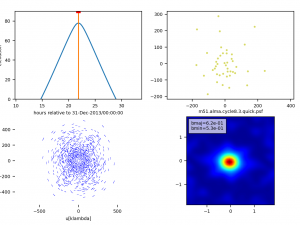 Next simalma generates an image from each of the three array components, separately. This step is not essential to getting the final result from the combined arrays, but it provides a useful diagnostic. The images will be named according to the antennalist parameter above. For example, the ALMA 12m image is called m51.alma.cycle8.3.noisy.image. 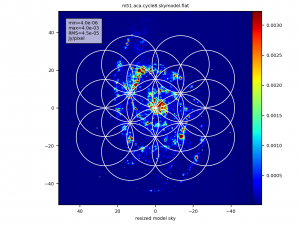 It is useful to know that simalma generates a version of the input sky model convolved to the ACA resolution. In this example it is called m51.aca.tp.cycle8.skymodel.flat.regrid.conv. That image can be useful to better understand the simulation results. 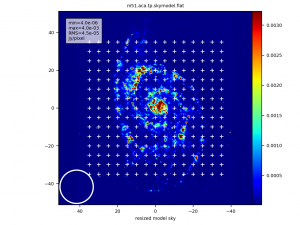 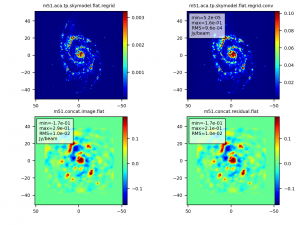 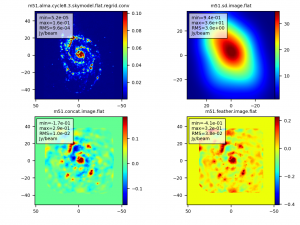