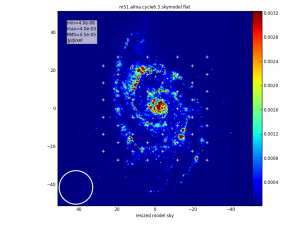 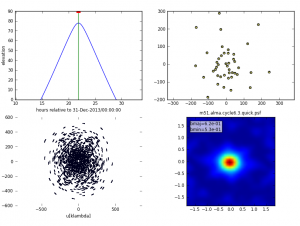 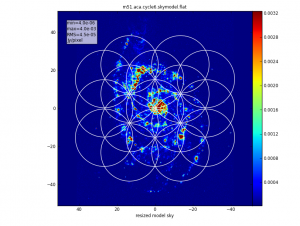 Note that the total power map covers the same region as the main array mosaic, with an extra pointing position added around the outside edge of the map so that the total power map is larger than the interferometric mosaic. (Total power maps usually have additional noise and artifacts at their edges). Furthermore, a square raster pattern is used instead of the hexagonal pattern of the interferometric array maps to better replicate the On-The-Fly mapping method used by ALMA for TP observations. 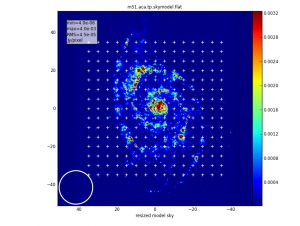 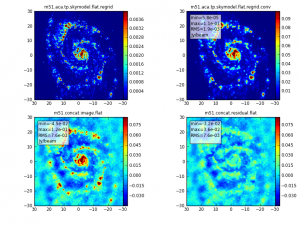 Finally it combines the total power image with the concatenated interferometric image using the CASA task feather. The result of this is shown in the combined image at right. Note that the panel showing the total power image is much larger in angular scale than the others, so the emission appears much more compact at first glance. If you use the CASA viewer to explore the various .image files produced by simalma, you will see that the TP image is on the correct scale as the 12m and 7m images.

There are many ways to combine data from separate observations. If you are dealing with real ALMA data, you may wish to discuss options with scientists at your ARC. 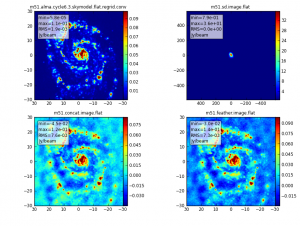