CASA will also spawn a separate logger window, which logs messages from various tasks. Logger messages are saved in a file 'casapy.log', in your local directory. Whenever you start CASA, the previous log is renamed (based on the date and time), and a new 'casapy.log' is opened. In addition, your command line history is automatically maintained and stored as 'ipython.log' in your local directory.

Let's get some exhaustive help on the CASA imaging task clean. 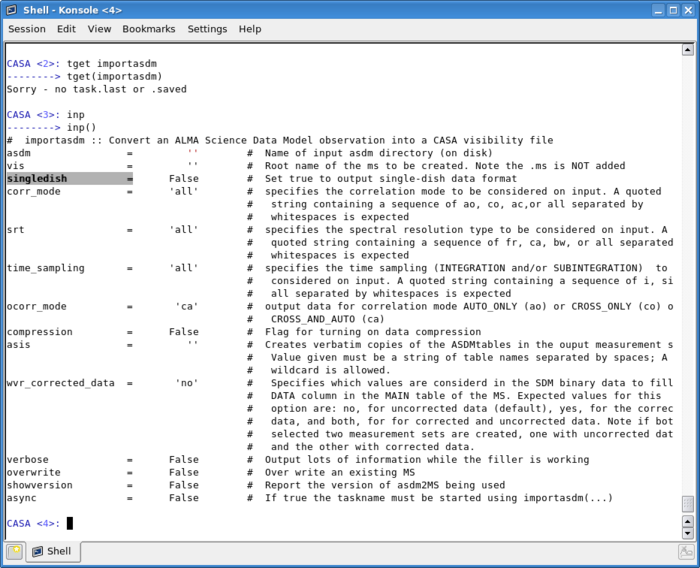 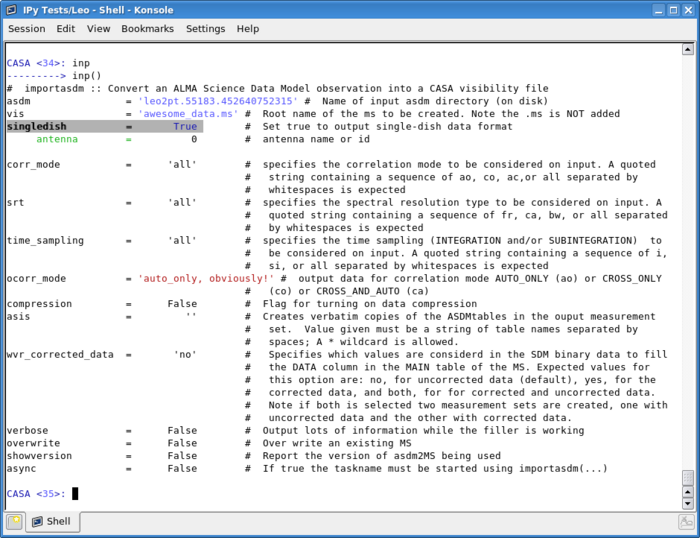 will give guidance on the use of this parameter (and in this case its sub-parameters). One common source of confusion is parameter format---should it be entered as a string or as a float/integer? For example, in flagdata, antenna diameter should be entered as a float (diam = 28.0 in mode = 'shadow'. Note there are no quotes around 28.0); antenna name, on the other hand, is a string (even though it may look like a simple number---antenna = '3'. Note the quotes around '3').

The step-by-step tutorials on this Wiki will walk you through reducing data. Also check out the CASA Hints, Tips, and Tricks page---it might contain the answer to your question! Also, if you have a specific concern, try doing a search for it on this Wiki with the search option to the left. Finally, the CASA cookbook remains the most complete reference.