To download the data, go to the ALMA Science Portal (SP) Science Verification data page for the region closest to your location:

The data have been packaged in this manner to allow a wide range of interaction with the data, ranging from complete re-reduction, to simply having a look at the final reference images. Please only download the data products you expect to use -- we expect the initial load on the servers could be high and the UnCalibratedData, and in the case of targets/bands with spectral line data the CalibratedData, files are quite large.

For each LBC SV target there is a brief description of the data and imaging, along with links to the imaging scripts. For spectral line targets, a table of the lines observed is also given. The "detection" columns are merely descriptive to give a sense of what the data show, they are not meant to be taken as scientific assessments. The continuum was detected for all four of the science targets at each observed band. For all of the targets the number of antennas employed was of order 30. 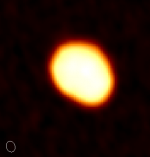 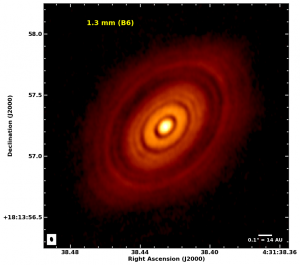 The lensed galaxy SDP.81 was observed in continuum and spectral lines in Bands 4, 6 & 7. Angular resolutions achieved for the continuum data are 60 x 54 mas, 39 x 30 mas and 31 x 23 mas in Bands 4, 6, and 7, respectively. It was necessary to uv-taper the spectral line data so the resulting angular resolution is coarser (up to 169 mas). This source lies at a red-shift of ~3, accounting for the large offset in rest frequency compared to the observing band. In addition to the more standard image products we also provide an example of combining the Band 6 and Band 7 continuum data using nterms=2 to derive the spectral index and create a high fidelity image. However it is important to note that this procedure did not work well at full resolution, as evidenced by the almost complete masking of the resulting spectral map -- this is an indication that the spectral index and hence resulting flux-densities are not well constrained. However, using a bit of taper (larger beam) improved the signal enough for the technique to work. 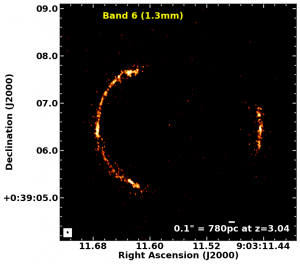